skip to main | skip to sidebar

On Monday December 7 at noon,

Aurora Borealis will be performing Andrew Allen's Taint Sysia for soprano and stone chimes. Text are by Lia Purpura. More information about Andrew Allen at http://www.andrewstewartallen.com/

On the same concert Steve will be performing Morton Feldman's classic King of Denmark.

Tiffany also will be taking part in a realization of Louis Andriessen's Workers Union.

Thank you for everyone who has submitted questions! Below is a list of the most frequent questions asked. This list will be updated occasionally. All questions are valid, and may help someone else. Good luck to everyone! And please send all questions only to this address:
Competition@AuroraBorealisDuo.com

This is an anonymous competition.

Can the work include vibraphone?
No. The list of instruments is specifically designed for several reasons including (but not limited to); what we can travel with and what we own.

Are other languages allowed besides what are listed in the official rules?
Yes. Please, contact us before writing for any language other then the ones mentioned in the official rules. Several additional items need to be included with the submission (listed below). If we are not contacted beforehand that submission can/will be disqualified. Do not assume a language will be allowed if the items below are included; some languages may not be allowed.
1)a transliteration in IPA,
2)a word for word translation,
3)a cd (or video) demonstrating the pronunciation. Unfortunately, a recording of a performance would not fill this requirement; due to balances, performance mishaps, etc.

Does the submission have to be written specifically for this competition?
No.

Is it alright if the composition has been performed already?
Yes.

What is a Mokusho?
It is a Japanese instrument similar to a woodblock. It is traditionally played with the mallet pictures to the right. The sound is similar to a wood block, but the mokusho is a much drier and articulate sound. 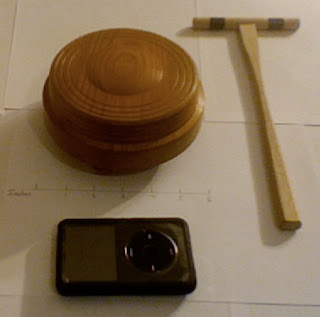 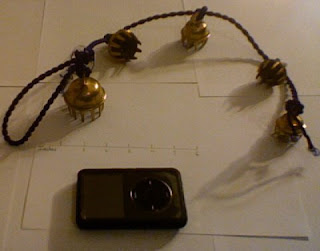 Other instruments and sound samples will soon be available.
Posted by Stephen Solook at 9:35 PM No comments:

We are pleased to announce a string up coming concerts. For the concerts marked Private Event we may be able to have people attend. Please contact us for more information.

Posted by Stephen Solook at 9:36 AM No comments:

We recently returned from a fantastic trip to Egypt. Our engagement there with Cultures in Harmony was a unbelievable experience filled with both hope and sadness that took us to Cairo and Alexandria. The highlights of the trip include (in order of occurrence)...

- A performance at the US Ambassadors residence for Madam Margaret Scobey.
- Workshop with 45+ orphans and performance on the Nile River.
- A performance for The Village of Hope, outside of Alexandria. The Village of Hope is facility for special needs people run by Nada Thabet. Mrs. Thabet was one of 1000 women nominated for the Nobel Peace prize in 2005. www.alamalvillage.org
- A 5 day workshop for children for one of the poorer neighborhoods in Alexandria. The workshop included teaching western music, learning an Egyptian folk song, and creating compositions with the workshop participants. A special thanks to Rotaract for providing translators and help during the workshops (specifically Haitham Mohamed and Tawfik Diab who were Tiffany's and my translators.)
- A concert at the American Center in Alexandria. This concert included a Cultures in Harmony performance, the performance of the created pieces during our workshops by our participants, and a group performance with amazing world-class Egyptian musicians. A special thanks to Ahmad Gamal who is an amazing performer and for help organizing the musicians.

We are pleased to announce that Aurora Borealis is now on the roster of Hospital Audiences Inc. (HAI). For more information on HAI and booking information please follow the link below.

Posted by Stephen Solook at 8:02 AM No comments: